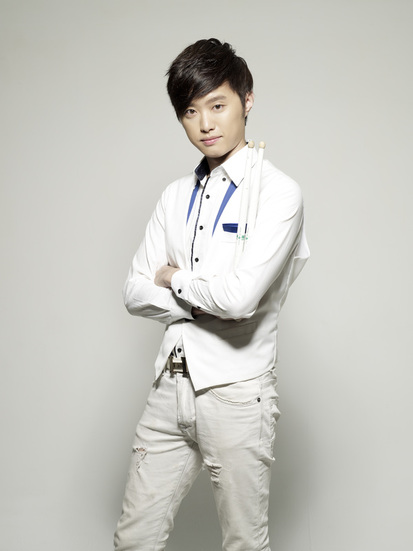 (Master of Music with major in percussion, the Taipei National University of the Arts)
​
Jen-Ting is currently the group leader of the Punch Percussion Group and a member of the Twincussion Duo. He was born in Luodong, Yilan. He graduated with a Master’s Degree from Graduate Institute of Orchestral Instruments of the Taipei National University of the Arts (TNUA).
He joined Ju’s Percussion Group during his time in undergraduate study and accumulated invaluable experiences from performing on the stage. Jen-Ting was invited to visit the National Centre for the Performing Arts in Beijing, the Sacheon Percussion Festival in Korea, the Shenzhen Music Hall and the Shanghai Oriental Art Center as the guest percussionist. During his time at graduate school, Jen-Ting was honored with the “Guandu Emerging Young Artists Concert” chamber Music Competition Award. He also collaborated with the TUNA Percussion Group and visited the Central Conservatory of Music in Beijing, Toho Gakuen School of Music and the Musashino Academia Musicae, both in Tokyo, as a visiting artist. In 2011 and 2012, Jen-Ting was the drummer for the musicals, the Hunchback of Notre Dame and IL Divo, respectively. In 2013 and 2014, Jen-Ting appeared as the Drum set artist in the music video the “Light”. He was also invited to the percussion workshops at the music gifted classes at Hsin Tien Senior High School, Luodong Senior High School, Zu Wei High School, Songshan High School of Agriculture and Industry and Tamkang Senior High School. In 2015, Jen-Ting travelled to Japan to learn the art of playing the Japanese Taiko and was under the guidance of the master and mentor Hiroyuki Hayashida.
After founding the Punch Percussion Group, Jen-Ting continues to be active in major music festivals and charity events in Taiwan. His ever growing enthusiasm in percussion is driving him to inject new and unimaginable ways in the music circle in Taiwan.